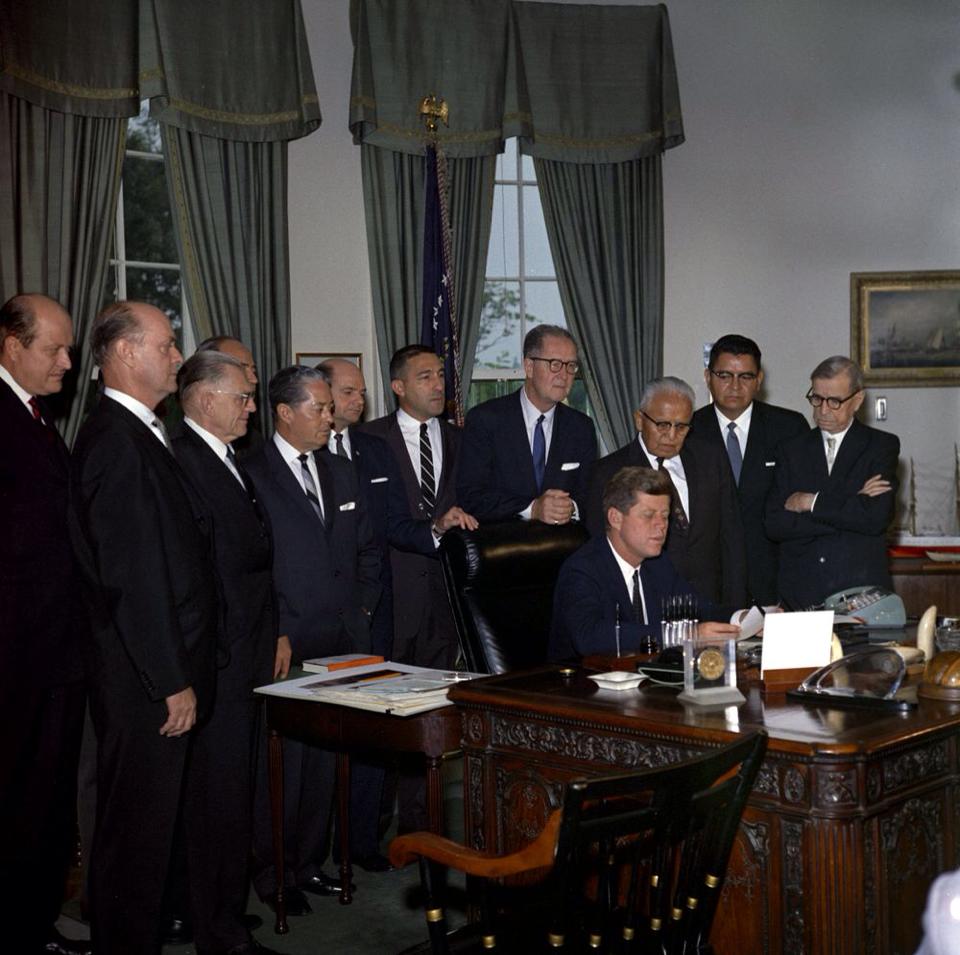 The San Juan-Chama Diversion Project is very important to the BDD Project for the following reasons:

1. The City and County have permanent contracts with the Bureau of Reclamation
for a total of 5,605 acre-feet of San Juan-Chama Project water per year.

2. This 5,605 acre-feet of water per year will provide approximately two-thirds
of the BDD Project’s allowable annual maximum diversions. It is a little
more than half of the total annual potable water use by the City and County
public water systems and Las Campanas over the last several years.

3. The San Juan-Chama Project water is from a renewable surface water resource.

4. Water from the San Juan-Chama Project is unusually reliable.

5. The State Engineer has issued a permit to the City of Santa Fe and Santa
Fe County for diversion of 5,605 acre-feet of water per year at the BDD Project.

6. As much as 25% additional San Juan-Chama water can be diverted at the
BDD Project under the State Engineer permit in any year, subject to availability
of the water and the prior approval of the State Engineer.

The San Juan-Chama Diversion Project, which was constructed and is owned
by the Bureau of Reclamation, diverts water from three headwater streams
of the San Juan River in southern Colorado and delivers the imported water
into the Chama River in New Mexico. 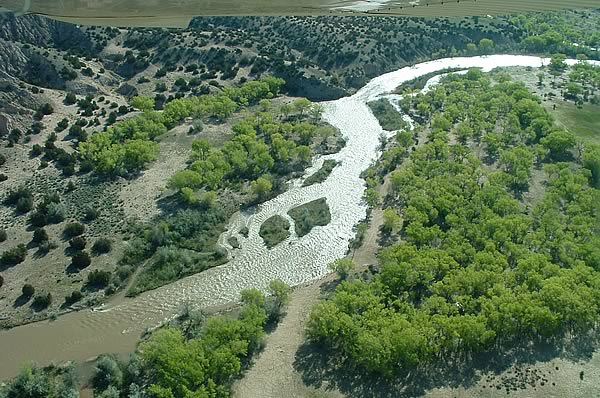 Photo of the Rio Chama in 2005 courtesy of the Albuquerque Bernalillo County
Water Utility Authority.

Designed to Benefit Our Region

This water flows through a tunnel under the continental divide into Heron Reservoir. It is part of New Mexico’s 11 percent share of water from the Upper Colorado River Basin.

Planning and investigations that led to the San Juan-Chama Project started in the 1930s. Planners recognized a need for additional water along the Rio Grande in New Mexico and the possibility of using some of our state’s allocation of water from the Upper Colorado River Basin Compact to meet some of those needs.

According to the Bureau of Reclamation, the primary “purposes of the Project are to furnish a water supply, via trans-basin diversions, to the middle Rio Grande valley for agricultural, municipal, domestic, and industrial uses. The Project is also authorized for incidental recreation and fish and wildlife benefits.”

The Bureau of Reclamation signed contracts with various New Mexico municipalities and irrigation districts for the “firm yield” of water provided by the project. According to the Bureau of Reclamation, “the estimated amount of SJC water that can be provided from Heron Reservoir with reasonable certainty each year (known as firm yield) is 96,200 acre-feet.”

The City of Santa Fe, Santa Fe County, and the Public Service Company of New Mexico signed a single 40-year contract with the Bureau of Reclamation
in 1976 for the 5,605 acre-feet of water per year. At that time, the Public Service Company of New Mexico owned and operated the Santa Fe public water system. This original contract was replaced by two permanent contracts that were signed in 2006. The City contract is for 5,230 acre feet per year. The County contract is for 375 acre-feet per year.

About the Heron Reservoir 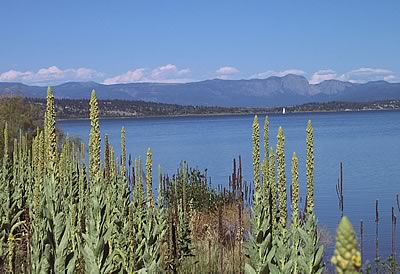 The San Juan-Chama Project began importing water into Heron Reservoir in 1971.
Heron Dam, which is part of the San Juan-Chama Project, is built across the
mouth of Willow Creek at its confluence with the Rio Chama. Heron Reservoir
stores only San Juan-Chama water and holds 400,000 acre-feet, which is approximately
equal to four years of full supply for all of the contractors. Diversions
from the San Juan River headwater flow into Heron Reservoir and are limited
to 1,350,000 acre-feet in any ten-year period. Diversions are allowed any
time during the year when the flow in any of the three headwater streams
exceeds the minimum flow that must continue downstream. Most of the diversions
occur during the spring snowmelt period.

Heron Reservoir is operated to supply the San Juan-Chama Project’s calculated “firm yield” by releasing previously stored water in drier years and storing water in wetter years. Annual diversions of water into Heron Reservoir depend on the snowpack along the Continental Divide in Colorado south of Wolf Creek Pass. No shortages have yet occurred. Future shortages, if any, will be shared by all contractors. If, for example, a 20% shortage were to occur some year in the future, Albuquerque would forgo 9,640 acre-feet, which is 20% of its annual contract amount. The City of Santa Fe and Santa Fe County would forgo 1,121 acre-feet, which is 20% of their combined contracts.

Contractors place orders for their annual contract allocation to be released from Heron Reservoir to the Chama River. Those orders must specify the destination and the intended beneficial use for the water that are in accordance with the authorizing legislation and the particular contract involved. Any part of an annual contract allocation of water that is not timely ordered and released reverts to undesignated water stored in Heron Reservoir for delivery in subsequent years. Water does not become a contractor’s property until it is released from Heron Reservoir.

San Juan-Chama Project water diverted for the Santa Fe region by the Buckman Direct Diversion Project is an additional source of water and protection from drought. Although climate change is expected to reduce streamflow and mountain snowpacks in the southwest, the Santa Fe region’s water supply from the San Juan-Chama Project via the Buckman Direct Diversion Project should be more reliable than the supply in most New Mexico rivers. This is due to the high elevation of the diversions from the San Juan River headwater streams, Heron Reservoir storage that is used to “firm” the annual San Juan-Chama Project deliveries to contractors, and the shortage sharing provisions of the federal authorizing legislation.

The City and County pay a combined total of approximately $60,000 a year to the Bureau of Reclamation for their share of Reclamation’s annual operations and maintenance expenses for the San Juan-Chama Project. They also pay approximately $165,000 per year as repayment for their share of the project capacity. The latter payments will be completed in 2015.