You Are Here:Home / News / Teachings Sixth-Graders About Water is No Small Feat
25.04.16

Teachings Sixth-Graders About Water is No Small Feat 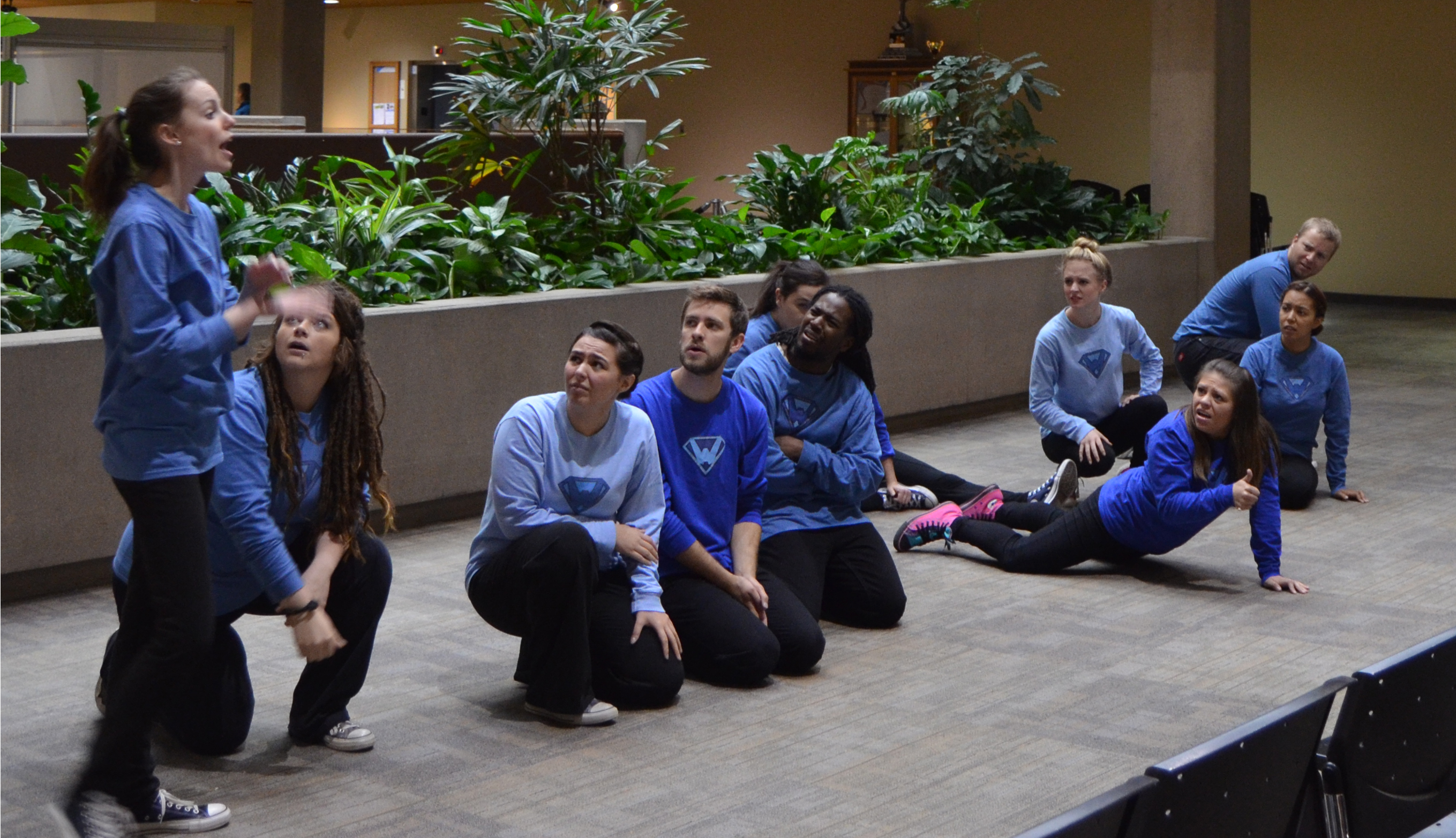 A few times a year, I get together with my fellow education managers at two other utilities: Aurora Water and the city of Boulder. We compare notes, toss around new ideas and generally pontificate on the best ways to develop the next generation of water citizens.

We call ourselves The Three Amigos.

At one of our sessions in 2012, we talked about finding new ways of reaching audiences bigger than a classroom. How could we reach students more efficiently? Was there a better way to hold the attention of 300 sixth-graders than standing and talking at them?

After all, just getting them to pay attention at that age, let alone learn anything, can be like herding three-legged, blind mountain lions. Surely it was be possible, but how?

What about learning disguised as entertainment? Aurora and Boulder had been using theatrical elements in their programs for years. But the sing-alongs and puppet shows they provided for sweet third-graders wouldn’t fit the bill for grizzled middle-school veterans.

Students from MSU Denver perform their skit, “Water Wise Circa 2015,” for Denver Water employees in May 2015.

And we found them, in the One World One Water Center for Urban Water Education and Stewardship at Metropolitan State University of Denver. (That’s OWOW for short, pronounced, “Oh Wow!”)

We knew OWOW’s program, newly formed in 2012, offered an interdisciplinary, hands-on Water Studies minor for students from diverse backgrounds and in any major. What if they could help?

So the three amigos trudged over to program director Tom Cech’s office at the Auraria Campus and asked. Absolutely, was his answer, and he soon roped in Dr. Marilyn “Cookie” Hetzel, chair of MSU Denver’s renowned theater department. The three amigos were now five.

After nearly three years of work and a few setbacks, we developed and cofunded a semester-long theater class that would audition and train a dozen budding MSU Denver thespians and teach them about water at the same time. Their assignment: to write, produce and deliver a short skit about water-wise practices in Colorado for sixth-graders in each utility’s service area.

Their challenge: to make it entertaining and thought provoking without using props, for an audience whose attention span can be measured in nanoseconds.

The actors did just that. After a two-session utility-led crash course on water in Colorado, they spent the remainder of the semester putting together a witty, informative, sixth-grader-approved gem they named Water Wise Circa 2015.

They took it on the road and performed it nearly 20 times to more than 4,000 students and adults in Aurora, Boulder and Denver schools, and at water festivals.

Water Wise Circa 2015 was so popular that the amigos secured matching funds from the Colorado Water Conservation Board to create a troupe to deliver the skit again at water festivals hosted by Aurora Water, Boulder and Denver Water this spring.

The cast enthusiastically reassembled, including several members who already have graduated. They also continue to share water-related information via their cast Facebook page.

6 Reasons to Think About Clean Water On Earth Day